Unlike public roads, private roads don’t have to deal with as many heavy vehicles, so the damaging effects of overloading are reduced. Weather and other variables are still a concern though, including speeding. Repairing the damage caused is much more cheaper if it’s done when the roads aren’t already marred. 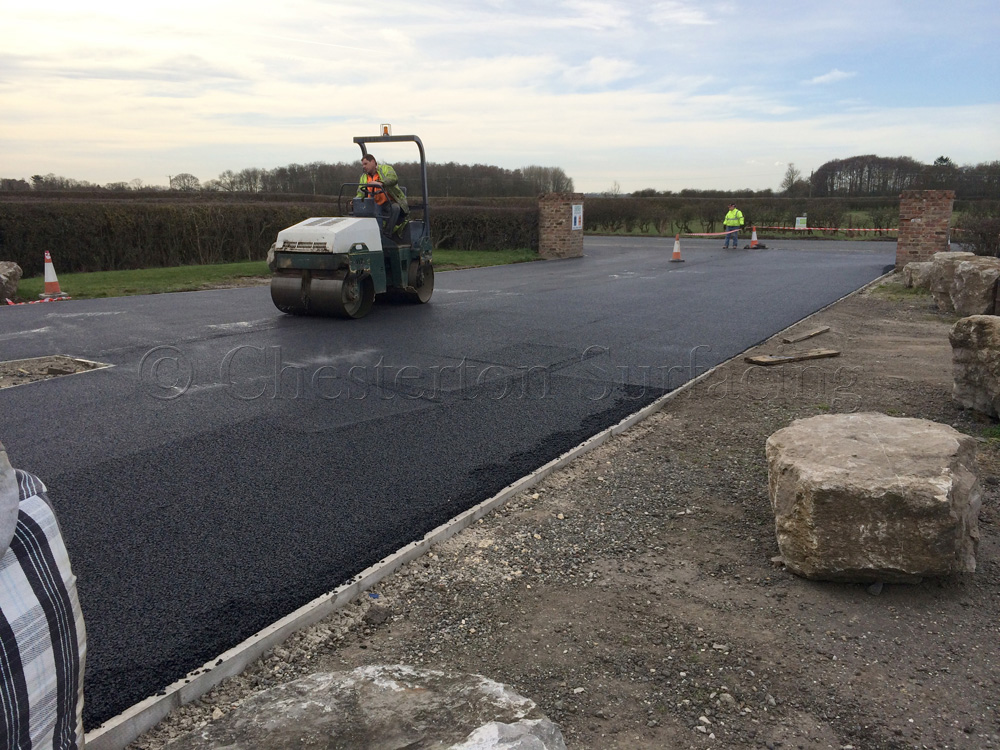 At Chesterton Surfacing we use the surface dressing process that we have perfected over many years, to restore roads. This gives them a new lease of life and ensures the safety of drivers. Not only is surface dressing an inexpensive option, but it can also be done efficiently, meaning local areas won’t be disrupted too much by the repair work.

Cracks and potholes can ruin a leisurely drive down a street, not to mention damage the vehicle in question. Surface dressing can eradicate these problems and allow drivers to actually enjoy their journeys. A new road is easy on the eyes too.

The benefits of surface dressing private and estate roads.

Here are the top 6 reasons to restore roads by surface dressing them:

Surface dressing is a safe and effective solution.

Some forms of restoration work for roads can be quite harmful to the atmosphere. Surface dressing is right at the bottom of the scale though. It has little to no impact on the environment. With the increasing focus on keeping our environment safe and healthy, surface dressing is a step in the right direction.

The public is even more safer with surface dressing. Cracks and potholes can cause accidents. Add that to the decreased level of grip on a worn road and things could get dangerous.

Are You Looking For A Surface Dressing Contractor to Resurface A Private Road? Complete The Form Below. Get A FREE Quote.

We’d Love to Hear From You

We are located here